Kindergartners have been learning about different ways to move to music. We've used many different props such as scarves, streamers, and beanbags to experiment with locomotor and non-locomotor movement. In order to practice expressive movement, I used this activity from True Aim: The Blue Manor Blog called "The Tissue Dance." According to their blog post, the original idea came from the book called, Circle Time Activities by Nancy Alexander.

Since we had been singing songs about winter and snow, we talked about what snowflakes look like when they move (slowly, delicately, floating, etc.) and used it for inspiration for our version of the game. The students each received a tissue and had to try to keep the tissue on their head while they moved around the room to the wintery music. First, we just practiced moving and then we turned it into an elimination game - if their tissue fell off their head they were out of the game. After we finished the game, we balled up out tissues and threw them like snowballs. They really enjoyed it and I wish I had gotten a picture of that! :) 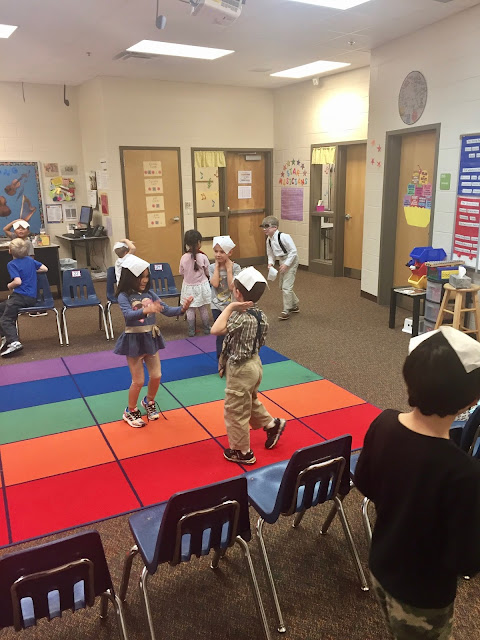 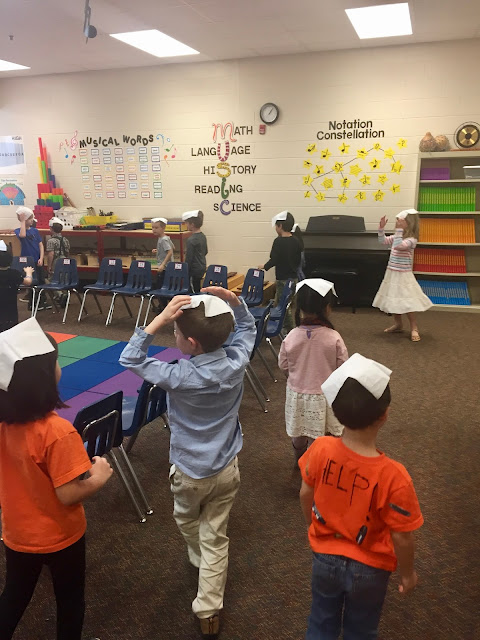 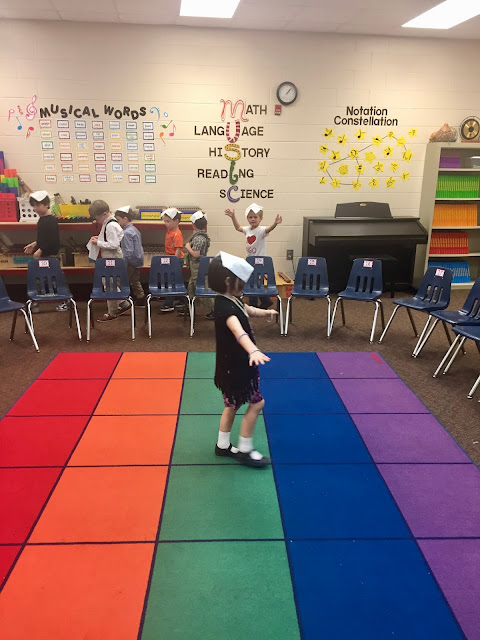 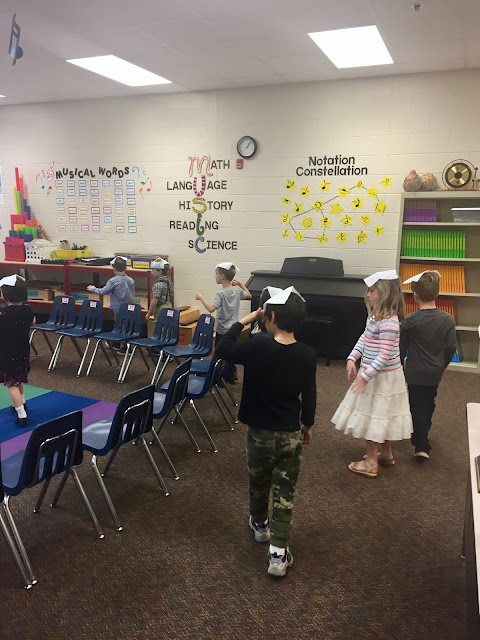 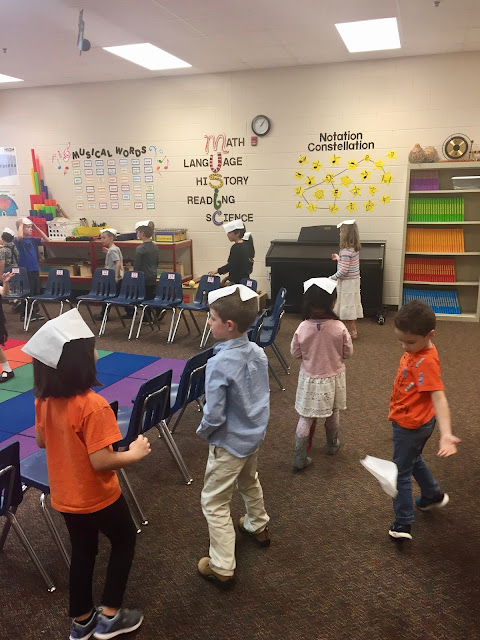 Welcome to our Music Classroom! 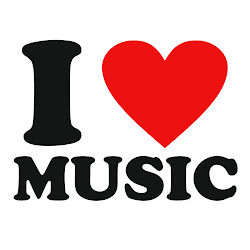 Tell me, I forget.
Show me, I remember.
Involve me, I understand.

Clare Eggleston
Hi! My name is Clare Eggleston and this is my HSES Music Blog! I am a wife of 14 years, mother to a seven year-old daughter and two year-old son. Our school, located in Bishop, GA (near Athens), has about 540 students who come to music once a week for 50 minutes. This is my 15th year teaching elementary music and my 10th year at HSES and I absolutely LOVE it! I am Orff-Schulwerk Level 1 certified and love all things Orff. I have a passion for providing fun, novel, and interactive lessons for my students. My goal is to get them singing, playing, creating, and moving each time they come to my room. I hope you enjoy checking out what my students are up to!